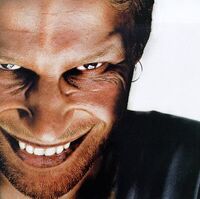 Beatings and defenestrations, fellow carbon units! I can usually be approached for nearly anything on the list below. I'm also something of the resident wiki expert, so questions on that end of things can be thrown my way, too.

I am a harsh but fair deity. My bullshit tolerance is low, but I can be reasoned with. So long as you come into the discussion in a reasonable manner, I will respond in kind. The passive-aggressive and offensive will be met with vitriol.

Anyone feeling particularly enterprising and helpful should feel free to assist on any of these they're able to. Also, please make suggestions of things you think need fixing.

Anso Koenig
A Virtual Adept that seems intent on not just breaking rules but smashing the system behind them. Currently working as an ITmonkey for Grey Incorporated. (Mage)
Franklin Shaw
Seelie Satyr Grump, taking his last years of Changeling life slow and with a smile. (Changeling)
The Starcaller
We're not really sure... (Garou)
Urick Garret
Wandering Glass Walker crusader. (Garou)
The Wolfmother
A Verbena woods-witch more at home among the beasts than the cities. (Mage)

Retrieved from "https://darkforcesmush.fandom.com/wiki/Malkav?oldid=25690"
Community content is available under CC-BY-SA unless otherwise noted.